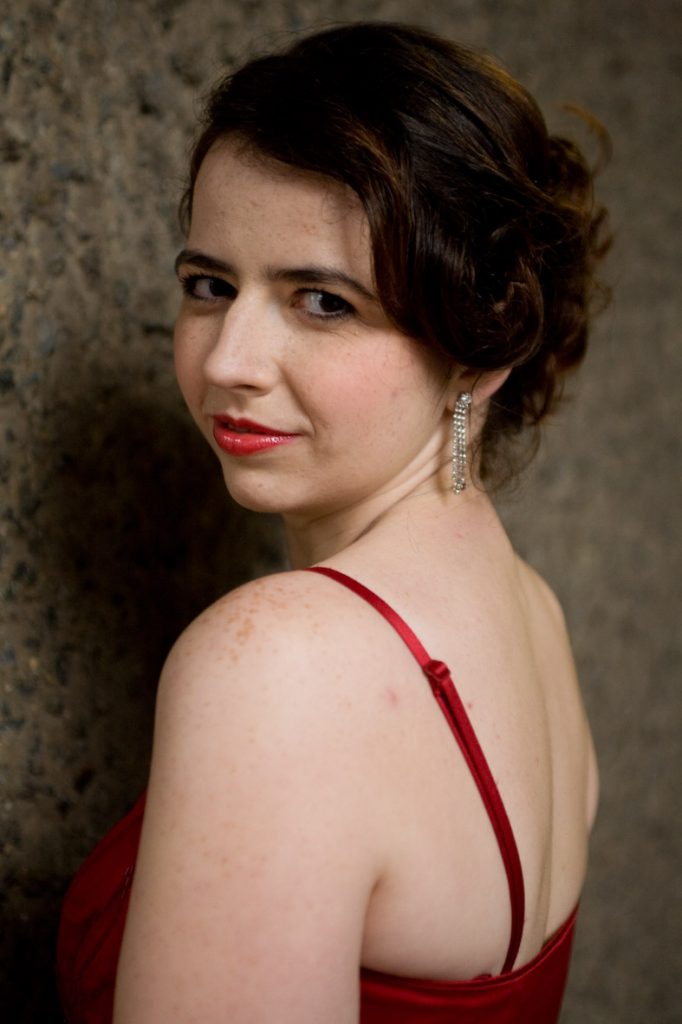 “Strauss’s early Burleske is infused with references to Brahms and Liszt… A superb blend! … Intermixed with the frequent soulful passages from the piano-soloist are orchestral sections of great tumult. Madalina Rusu contributed some sublime pianism, and was a real tug of war. A blistering account.”     Kevin Rogers, www.classicalsource.com

Rachmaninoff’s idiom was captured much more tellingly in a recital by the young Romanian pianist Madalina Rusu, which in a nutshell made the distinction between the lyrical luxuriance of the early Moments musicaux Op 16 and the lucidity of the later Corelli Variations. The flagship orchestral events were not quite so forthcoming.”  Geoffrey Norris, Daily Telegraph Critic

“Madalina Rusu was magnificent – a pianist of exceptional talent with a phenomenal technique.  She played a long and demanding programme which required great endurance and she acheived a level of artistic excellence not often heard in such a young pianist.”        Phoebe Woolam, Bleinheim Concerts 2009

“Madalina Rusu brought a charming insight as well as wonderful technique to her Vine House recital. The first section of the evening was devoted to Schubert’s 4 Impromptus, opus 90. The title infers that Schubert knocked off these while extemporising at one of the Schubertiads in his local tavern with his friends. However, Schumann suggested that they were more akin to the movements of a sonata. Be that as it may, the sheer joy and vitality that Madelina imbued them with was a delight to listen to.French impressionism was not restricted to painters – in sound, Debussy was a master of the genre. With the keys of the piano, rather than brushes and paint, Madalina’s portrayal of Debussy’s Estampes – pagodas, an evening in Granada and gardens in the rain came to life with near visual clarity, capturing the quintessential atmosphere.

The ‘Old Thunderer’ – Liszt of course, excelled way beyond mere drama. The Mephisto Waltz number one, which concluded the recital, embraced a wide gamut of emotion and tempo, demonstrating power, control and a sure touch that delighted the audience.”

ROMANIAN award-winning pianist Madalina Rusu starred with Duncan Honeybourne. Both musicians star as soloists but are equally or even more exciting, as duettists.

Schubert’s Fantastia in F Minor is the most popular of all piano duets. A major work, it has the most enchanting theme, a sparkling Allegro vivace and a hugely dramatic fugal climax. It was magnificently performed.

Two fine solos by Madalina followed – Enesco’s mysterious Pavane and the Sonata No 4 in the most difficult key of F sharp major by Skryabin. The fast movement is marked ‘prestissimo volando’ – flying at maximum speed – and Madalina’s performance certainly took our breath away.

The two pianists finally played another duet favourite – Faure’s charming Dolly Suite. Faure wrote this for a four-year-old called Helene Wardak and the opening piece Berceuse (Lullabye) will be familiar to countless people as the introduction to Listen with Mother on BBC radio.

The whole suite was played delightfully, finishing with a rollicking Pas Espanol.